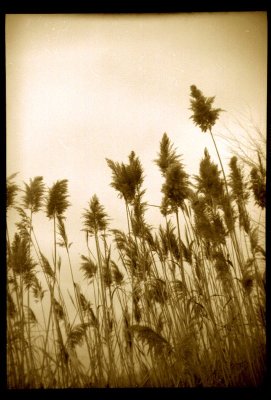 No one need tell us that times are tough. Everywhere you look are signs of the times. Everyone you talk with reminds you in case you didn’t notice the white spaces in your calander. We tend to think that it is tough for us, ONLY.

Today I got an email from an editor , I had just finished working with. We had done several jobs in the past and had a great relationship including with some other photographers I know. She announced her long time position is being eliminated from the magazine. It wasn’t her, but her position! Kinda like firing the Chef to cut back expenses in a restaurant. Somewhere this publication fell victim to bean counters whose bad economy thinking is placing them in a downward spiral. Instead of making it better, let’s make it cheaper because we are concentrating on the problem , so make it cheaper, not the solution..make it better.

President Obama ran his campaign on one word..”Change” That scared and is obviously is still scaring a lot of people who fear an end to it all and are scrambling to save their sinking ship by throwing overboard half their crew and for some, the captain as well.

A better word than “Change” is “Evolve” and that is what we must do. The economy has given us a pause where many of us are soul-searching and wondering if our end is near. An actor friend once told me when I asked him what he is doing these days with..” I ‘m between the acts . ” His lack of a role didn’t get him down, it was his pause, simply a time to rehearse and be ready for the big role that was sure to come. He did off Broadway and coffee house bits to keep in the loop and stretch his talents.It kept him in touch with why he went into acting to start with…love of the stage.

We are in that time, between our acts, and the wise will take advantage of it to re-create, re-brand, re-structure, learn new programs, create new visions, so that we re-emerge bigger and better than before, not change but evolve. Time to see this as starting all over, fresh to this field making discoveries in your work and getting excited once again by producing something from the heart rather than from the wallet. Work in a new direction…shoot something different than what we are used to. Go out and just shoot like it’s the first time you picked up a camera. Share images, via the social medias or take part in our own “Open Screen Nights” for no other reason than look what I did.

If we can focus more on photography rather than the business, we will rekindle a passion that brought us here and in that, make new discoveries that will renew oneself.

We should realize that In these challenging times, we can afford to lose some ground but we can’t afford losing faith.

30 Jul This entry was written by MiamiVisual and published on 09 at 12:09 am. It’s filed under MVC Blog Post. Bookmark the permalink. Follow any comments here with the RSS feed for this post.

2 thoughts on “The Economy”