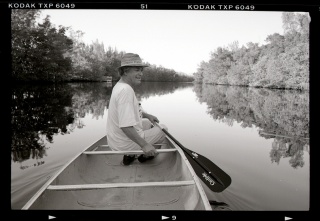 I thought I saw my dad. He was standing right in from of me staring me in the face. He seemed slightly different but then again I haven’t seen him in two years. There was a lot to catch up on but it caught me at a sleepy moment. The things he said came to mind from the last discussion we had and I heard his voice when I said hello. I remained there frozen going back to a time space in my mind when we went out in the canoe together.

He, as always, voiced his strong opinions on whatever topic or current event was taking place. The government,the president,the economy,religIons and a myriad of people became unending topics . As usual I disagreed , the devil’s advocate but that was the norm. I knew he was right most of the time, just had to challenge it to be sure.

It became funny to me until one day in a friendly argument my wife said ” You sound just like your father ! ”  Last week Macy had a sale and I was happy to pick up a few new shirts. Trying on a favorite choice brought out another , ” That looks your father.”  I bought it anyway.Over coffee I read about an eastern religion and renewed my subscription to Time magazine.

I thought I saw my dad, but when I reached out to touch him, my hand hit the bathroom mirror. Happy Father’s Day dad…. you’re still here…. and I like that shirt even more.

17 Jun This entry was written by MiamiVisual and published on 12 at 5:32 pm. It’s filed under MVC Blog Post. Bookmark the permalink. Follow any comments here with the RSS feed for this post.

One thought on “Happy Father’s Day”