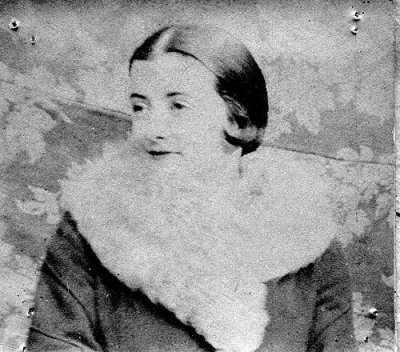 I want to talk about old pictures and images for some. This is my aunt, Lilly,early 1930s, photographed in Lyons,France where I am from. In its original print before this scan, it was silver and black  that looked as though it was printed on metal paper. The lighting, the hair, the style truly captured its time and becomes a classic beauty, a real jewel of photography. It is for all purposes a great Stock shot with many potentials not to mention a period piece.

I said in the opening, old pictures, images for some and that some is today’s photographers. In her era, prints were about the only medium shown, and reproduced from. Professionals had labels, signatures, embossed or inked stamps to say who they were and whom to contact.
Today, images are in many forms, digital being dominant and for professionals we have metadata that not only say the same things but add much more info, including copyright the new challenge being threatened. The threat….Orphan Works
In brief, it says that if every attempt to locate or find out who the photographer was fails, then it is open market to a third party user. This picture has no marks nor signatures. It is almost 80 years old, now an orphan except than in actuality, I do know who the photographer is, my grandfather, who is no longer behind his camera.
The case rests on a premise ( a revamp to copyright law) …would images like these and those with historical value be lost, unusable, no longer seen unless you are viewing the original in a museum or collection, if its creator could not be found, under current copyright law?
What if in todays images the metadata were stripped away or unreadable by tomorrow’s tools, would they in the creator’s lifetime be open game to a myriad of users? with the Orphan Works, by the current wording, yes..as well. Theoretically you could post an image or through a third party ( a client using a website, it gets downloaded by another and reposted) your metadata stripped, and now it is an orphan, open game.
ASMP is trying to fight and re-word Orphan Works but that alone will not protect our images from becoming lost/orphaned. Technology must come to the rescue by creating a permanent non-strippable way to keep all info within the image itself and not a side issue.
With today’s technology we share knowledge openly. Like launching a message in a bottle in hopes to reach the right receivers but little control on where it lands. With our hope, comes its threat. For our future, must come a new defense. We can not lose what is in the past nor give up what is in the present. Join and support whatever photo group fits you best and help to bring some solution.

28 Apr This entry was written by MiamiVisual and published on 08 at 6:54 pm. It’s filed under MVC Blog Post. Bookmark the permalink. Follow any comments here with the RSS feed for this post.